Isn’t it time you lived in a luxurious estate that abounds with beautiful spaces?

Gurgaon Gateway sets a new benchmark for luxurious living and modern architecture, right from the plush double-heighted lobbies to the timber sun decks and private terraces that grace the apartments. A unique lifestyle awaits the patrons of this enclave, with sprawling balconies that overlook the lush greenery and landscapes. These balconies are seamless extensions of the living and dining areas. This means that residents can experience the outdoors from the comfort of their home. Every aspect of this expansive development has been designed with attention to the finest of details. For instance, the 3 bed residences have been innovatively designed to enable three open sides in the apartment to increase cross ventilation. So go ahead- live a life of grandeur, the one you were always meant to live.

Gurgaon Gateway sets a new benchmark for luxurious living and modern architecture, right from the plush double-heighted lobbies to the timber sun decks and private terraces that grace the apartments.

Ready to move-in No GST

Begin your journey into a life of heightened luxury.

Presenting a work of art, a masterpiece of cubist design.

Designed by HB Design the world-renowned firm from Singapore.

Invest in a life of grandeur- the one you were always meant to live.

Glimpses of life at Gurgaon Gateway

Gurgaon Gateway is designed for a life that’s unapologetically grand and unquestionably stylish. 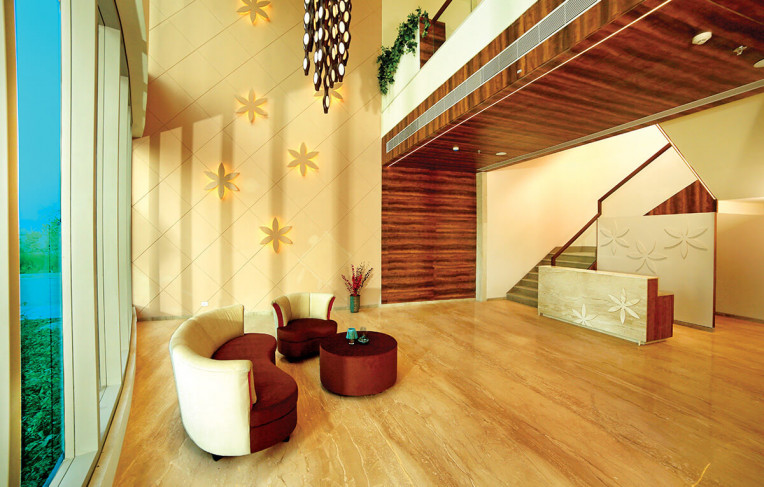 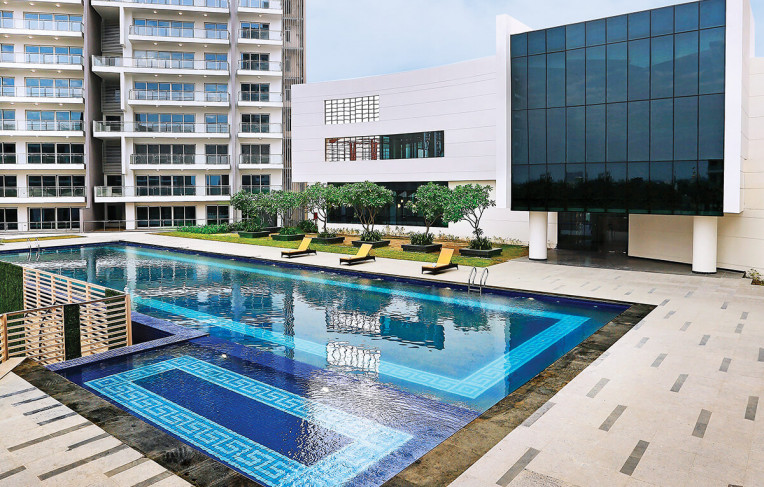 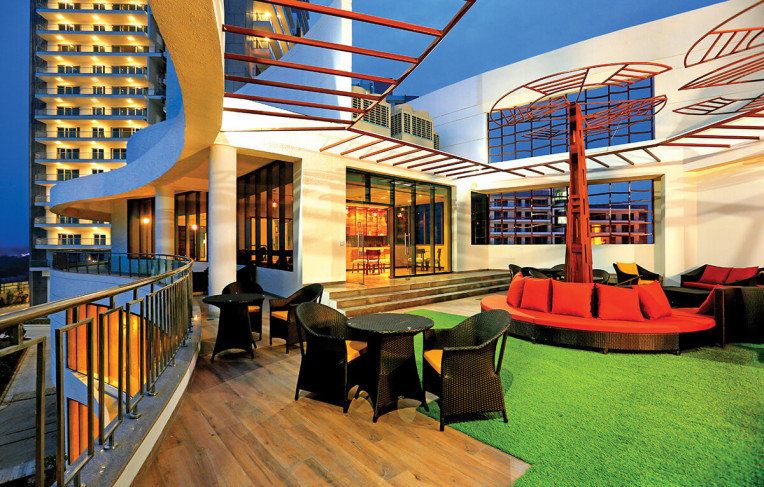 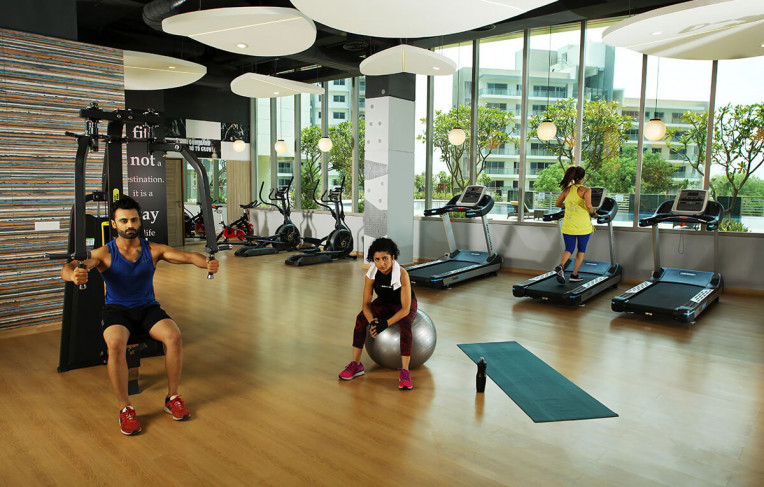 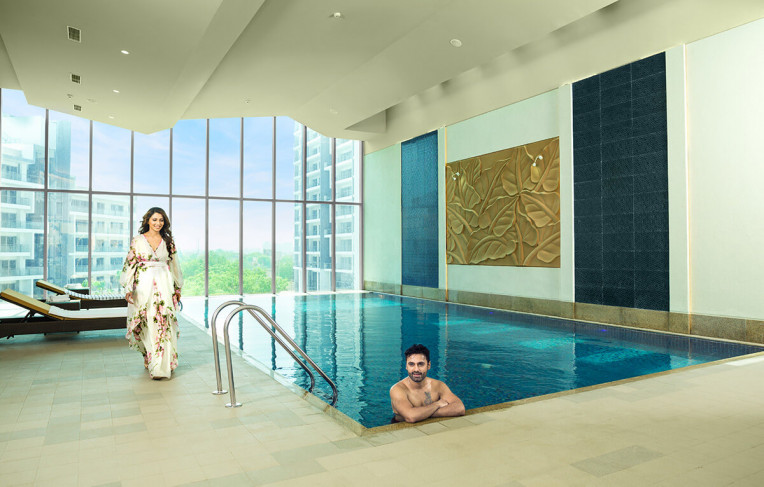 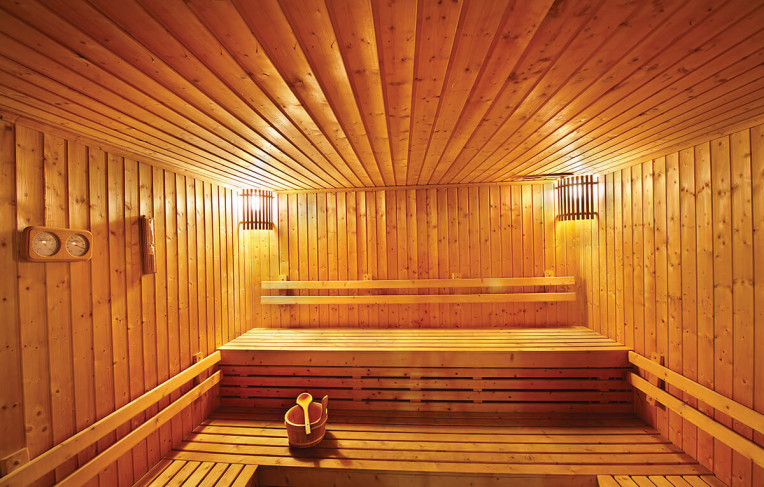 Take up a new hobby, indulge in an old sport or just entertain your friends at a variety of settings in this 12,000 sq. ft. masterpiece.

Enjoy some unwinding time with your little ones.

Indulge in delicacies while soaking in the world of luxury around you.

Let lush greenery and a calming poolside view accompany you in your fitness journey.

Because why let a dip in the temperature stop you from taking a dip?

Reinvigorate yourself with a deep, healthy steam sauna. 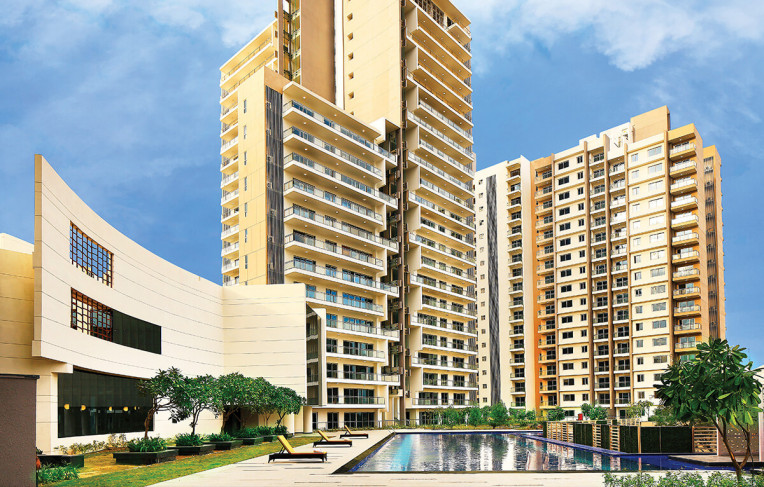 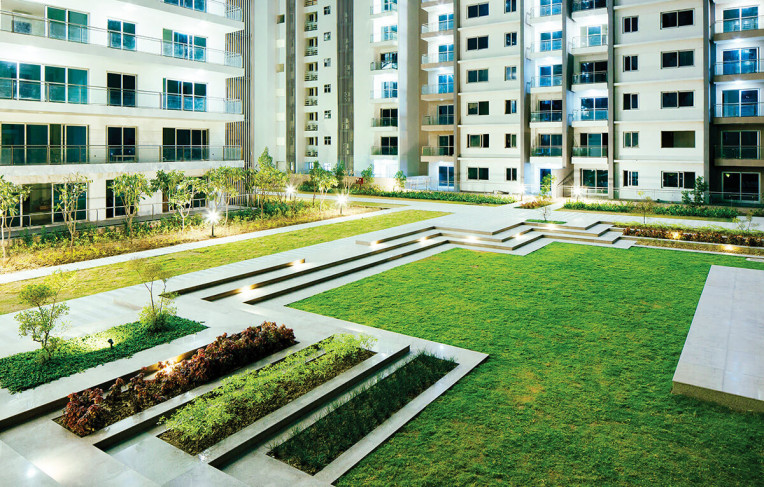 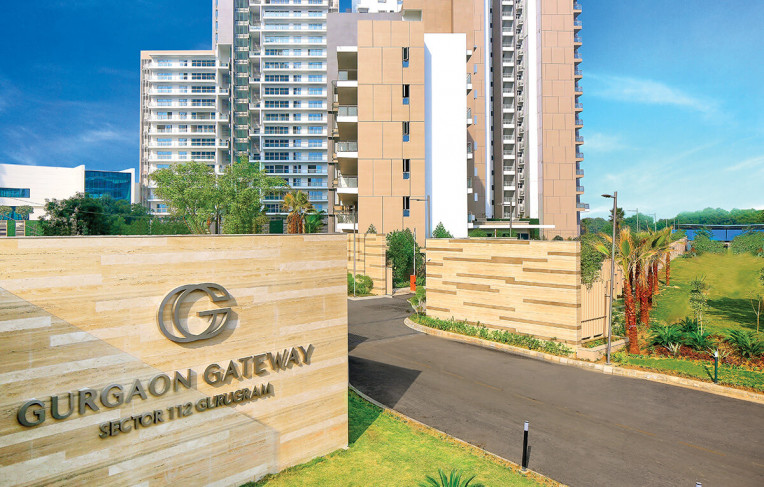 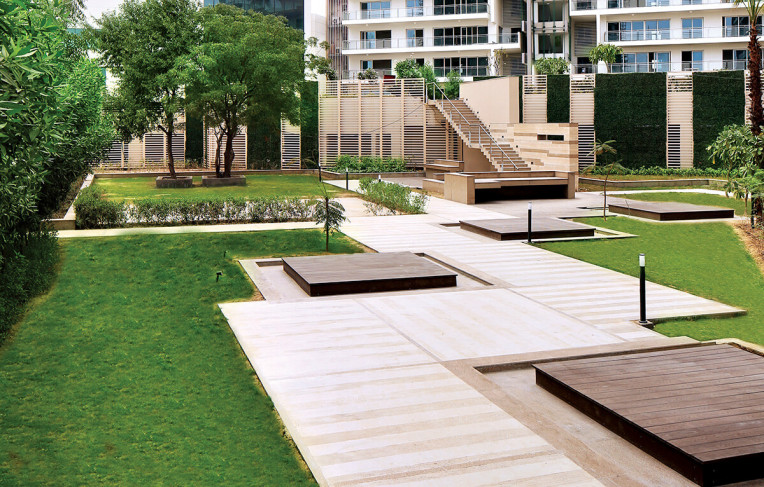 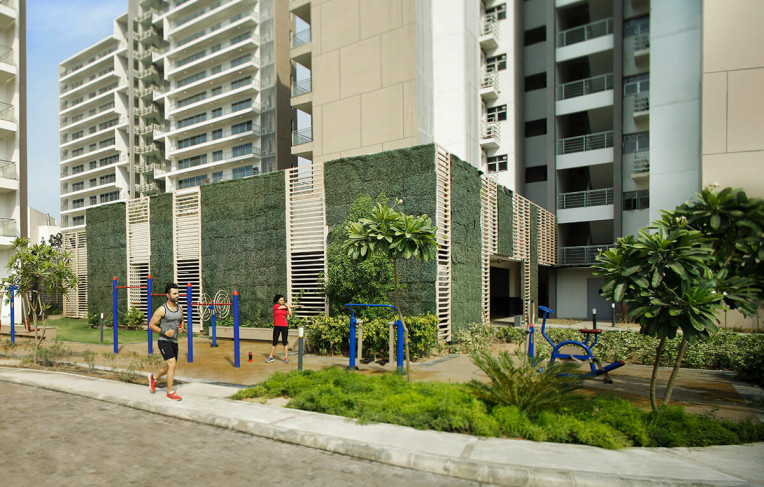 The amphitheatre is a cascade of grassy steps leading to a stage, which is in perfec harmony with the rest of the landscape.

Designed in collaboration with HB Design, Singapore, Gurgaon Gateway is nothing short of a masterpiece.

A lush 8.875-acre estate with vertical gardens flowing down the edifice of apartments.

Outdoor fitness area where you can stay active amidst greenery. 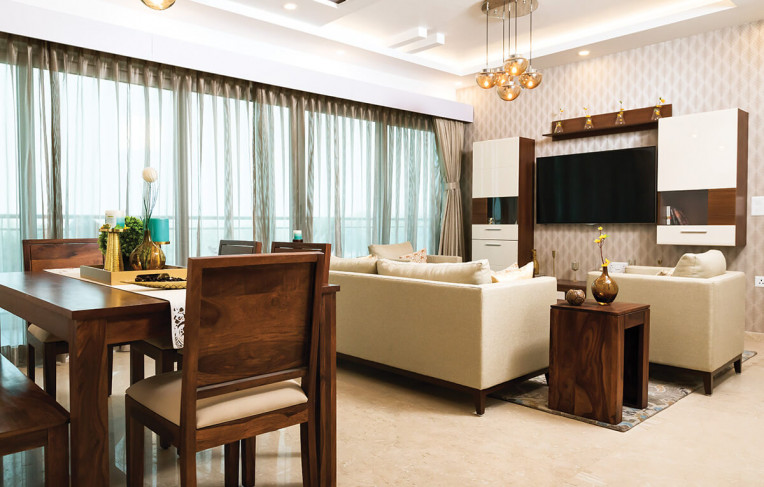 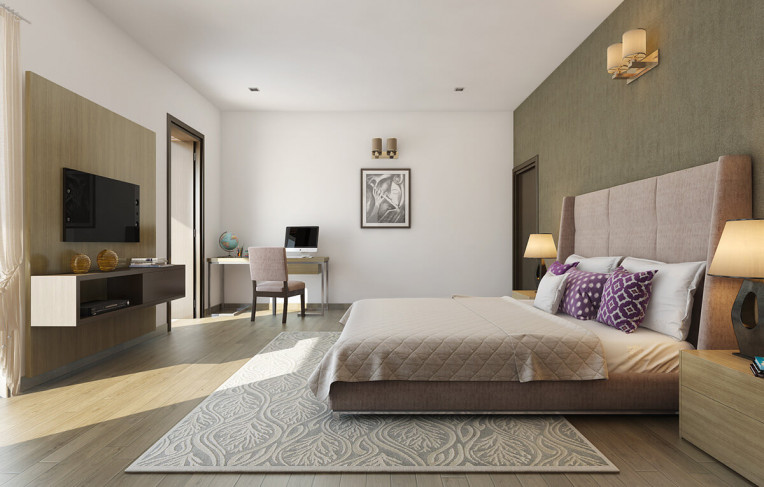 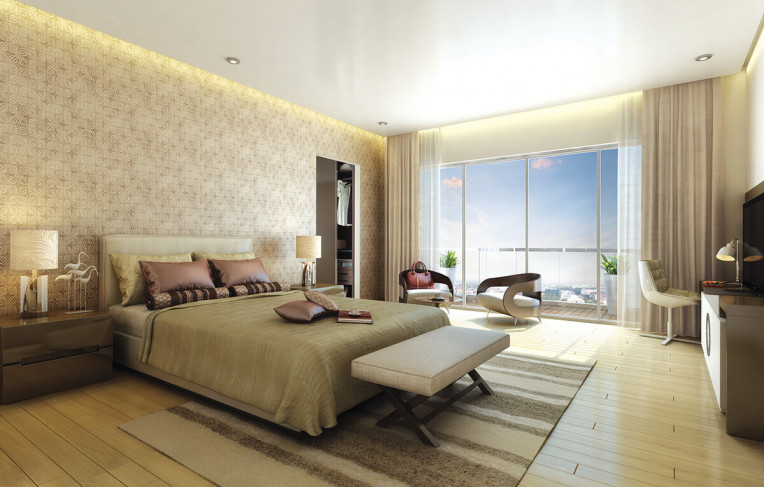 While scale and expansiveness are certainly the rooms' most defining features, the smallest details have not been neglected.

Into comfort and luxury

Gurgaon Gateway has all the amenities that will allow you to lead a life of comfort and heightened luxury.

Sign up for a personal enquiry of Gurgaon Gateway

Designed with attention to the finest details

Gurgaon Gateway offers a range of premium typologies designed for different lifestyles. So go ahead; browse through these residences and imagine the possibilities that they offer. 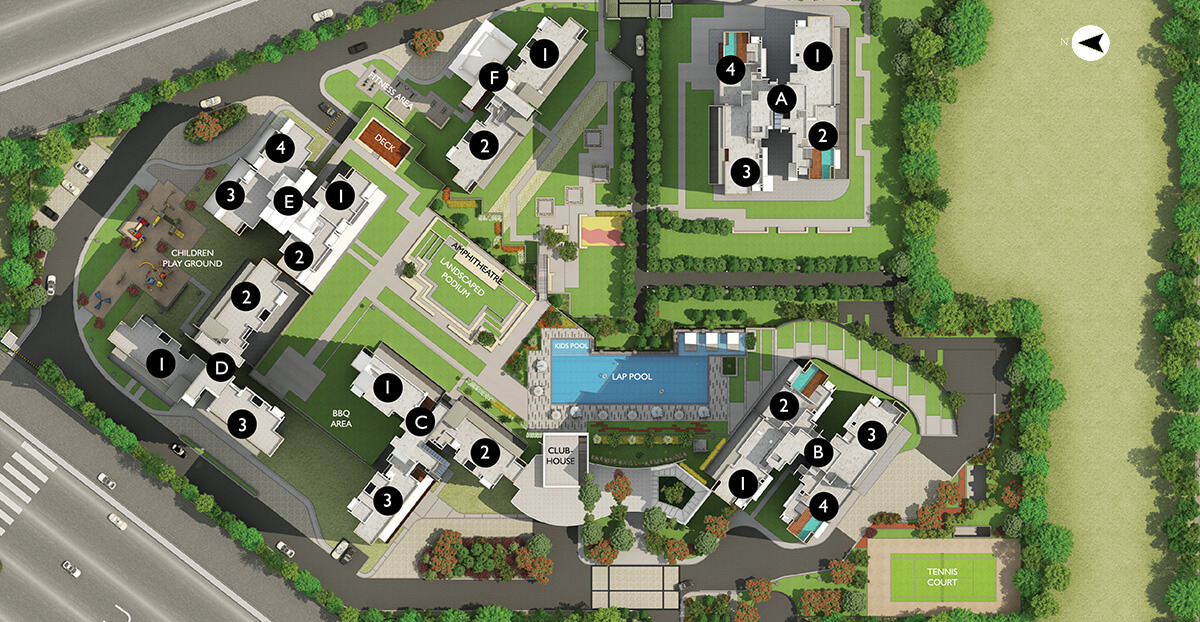 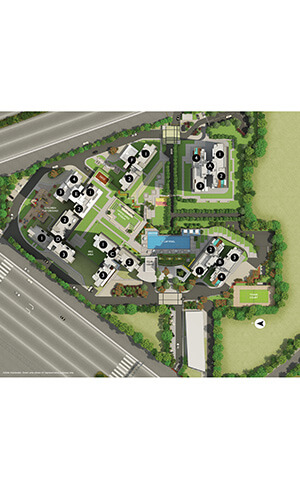 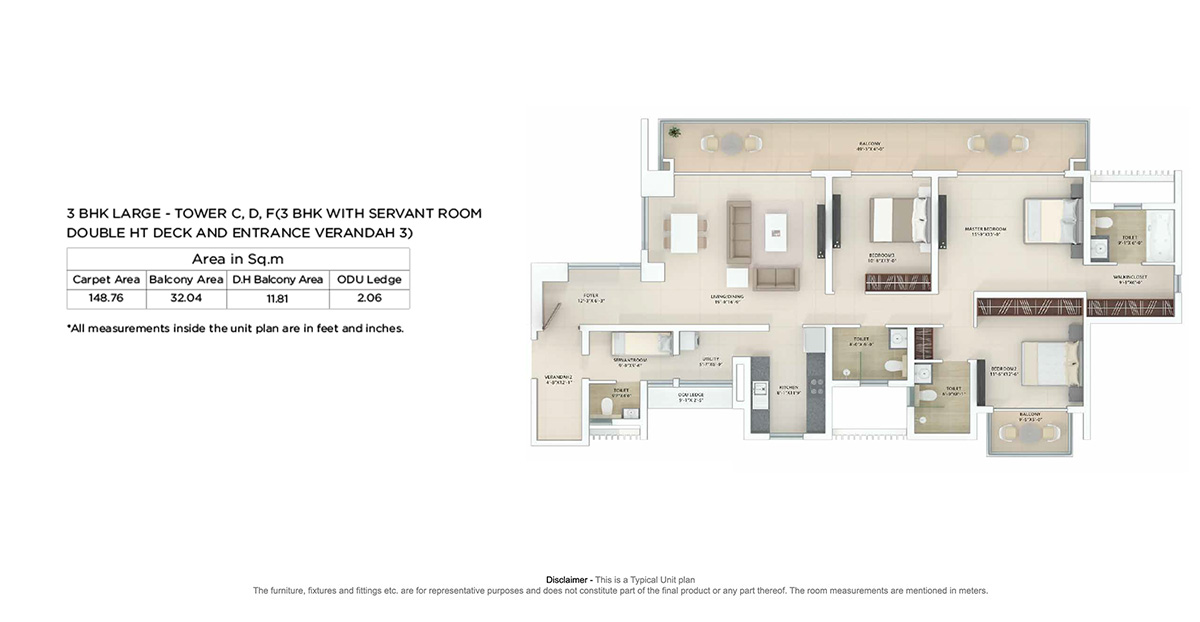 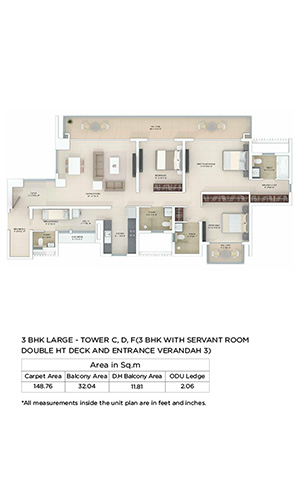 A few Tata Housing residential properties in Gurugram that could be of interest to you. 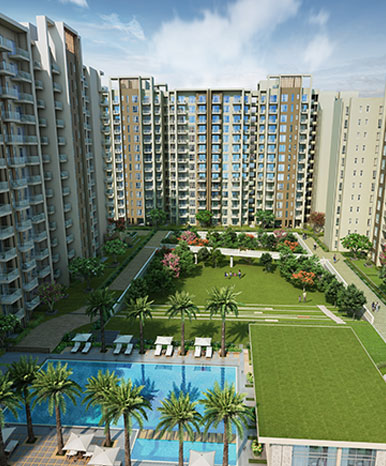 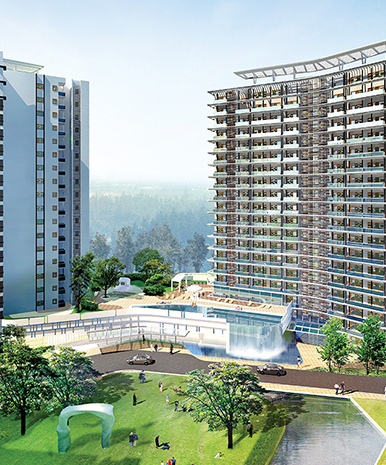 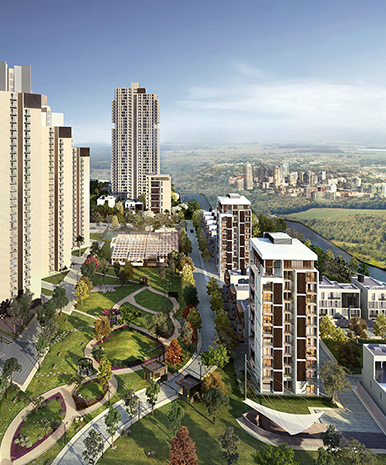 Dislcaimer : The scheme is offered by the Bank in respect of ready to move in projects developed by Tata Realty, Tata Housing, its subsidiaries and SPVs (Developer) which is valid for limited period and the Bank reserves the right to modify and withdraw the scheme. The applicants are aware of the scheme and have agreed to comply with the terms thereof. The applicants are aware & acknowledge that in case the Bank cancels/ withdraws the scheme within 12 months of registration of agreement; the applicants will be required to start paying the EMI’s immediately on cancellation of the scheme. The applicant further agrees not to raise any dispute/ claim damages/ litigate against the Developer for cancellation / withdrawal of the scheme by the Bank. Virtual tour shall be during office hours. Virtual tour shall be with prior notice. Sale is subject to the terms of Application Form and Agreement for Sale. Price is exclusive of all taxes, statutory charges and other charges. “Tata” and “Tata Housing” are the registered trademarks of Tata Sons Private Limited. For more information, please contact our sales team at Gurgaon Gateway, Sector 112-113, Village-Bajghera, Gurugram – 122017. Visit https://www.tatarealty.in/project/gurgaon-gateway/